In 1965, Dr. Martin Luther King, Jr. joined the community of Selma, AL to lead the Selma-to-Montgomery March that would change voting rights history forever. His Nobel Lecture the year before suggests why King, if alive today, might address innovation inequality as the civil rights issue of our era.

“In spite of spectacular strides in science and technology, and still unlimited ones to come, something basic is missing.

There is a sort of poverty of the spirit which stands in glaring contrast to our scientific and technological abundance.

There is perhaps no greater example of this wealth and moral gap than Silicon Valley, where at the same time it radiates as a global symbol of technological advancement and wealth creation, it is the center of moral criticisms and a deficit of values.

Within Silicon Valley tech companies, unfair treatment is the single largest driver of employee turnover. It seems every week, another tech giant employee quits, alleging harassment or dissatisfaction surrounding the lack of diversity. Globally, Silicon Valley is in the news for the unintended consequences on topics ranging from democracy to mental health. Locally, tech companies have created wealth - half of the world’s billionaires live in Silicon Valley - yet, entire communities struggle with homelessness, hunger, and poor education.

In 1965, Dr. King addressed voting rights, the civil rights issue of his time, by joining with the community of Selma to point the world’s attention toward the need to include everyone in our democracy.

Today, civil rights leader Rev. Jesse Jackson believes the community of East Palo Alto (EPA) is our generation’s Selma - a small, yet mighty, culturally-rich community in the heart of Silicon Valley. In it lies the talent, potential, and values that can capture the world’s attention toward the need to include everyone in innovation.

This opportunity has inspired StreetCode Academy, an EPA-based organization providing free innovation training to communities of color, to explore the links between our country’s civil rights struggle and our current need to solve innovation inequality.

In the words of Dr. King’s Nobel speech, “Here and there an individual or group dares to love, and rises to the majestic heights of moral maturity. So in a real sense this is a great time to be alive.” 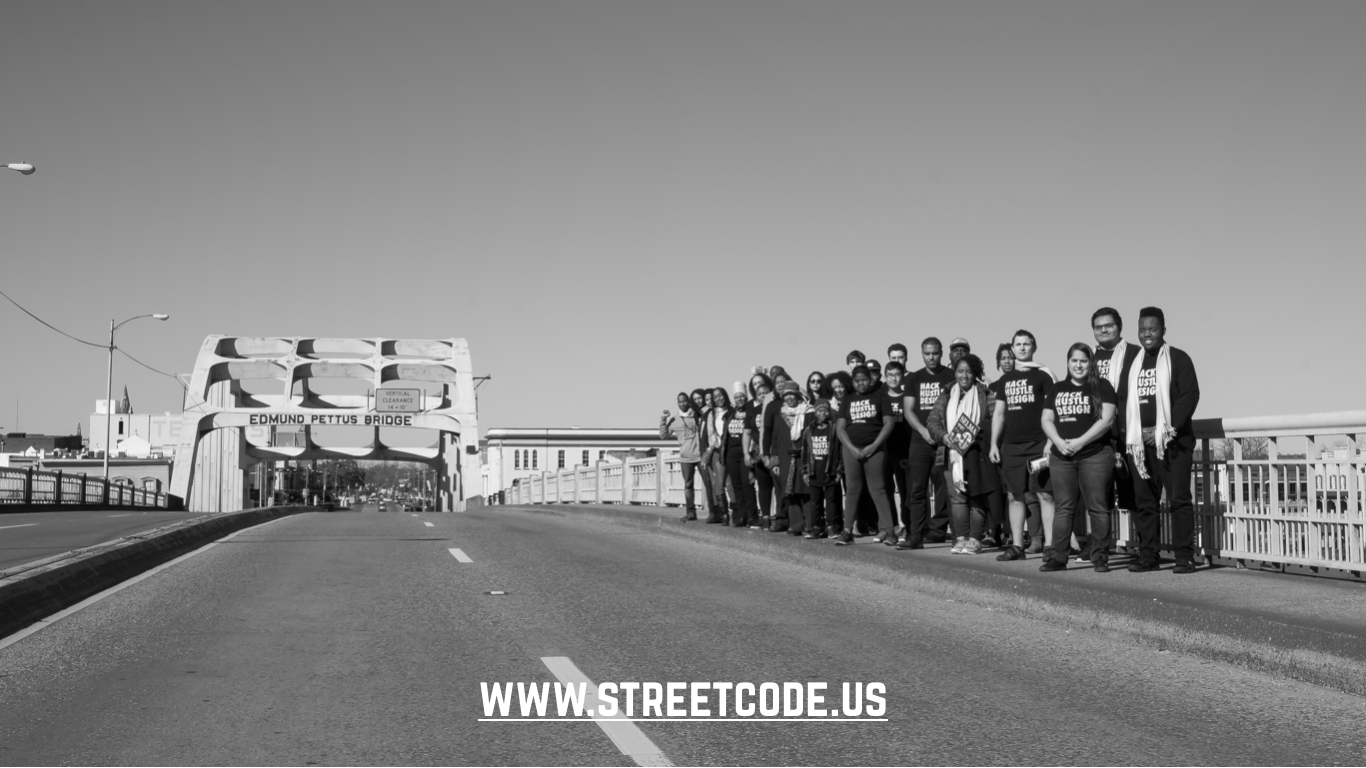