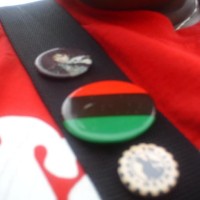 Malikah is a Detroit born filmmaker whose interested in media led her to move to New York in 2009 and study and create film. In addition to being a filmmaker, she has worked as a television producer as well as a post production producer for the upcoming film BodyMore. She serves as an editor for the arts & culture section of Sapelo Square, an award-winning blog on Black Muslims in America and is the curator of #BilalianExperience, an online celebration of Black Muslims in America. Malikah's previous projects include The Vortex and Transplants. She wrote, directed and produced her first short CONSTERNATION in 2018. Malikah is currently in pre-production for her series on a Black Muslim Woman navigating through an ever changing Detroit.