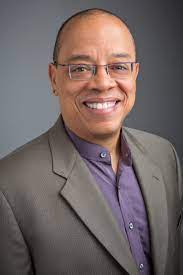 Jeffery Robinson is the former Director of the ACLU’s Tone Center for Justice and Equality and an expert on racial justice who recently launched The Who Are Project. He has tried over 200 criminal cases to verdict and has tried more than a dozen civil cases representing plaintiffs suing corporate and government entities. Jeff was one of the original members of the John Adams Project and worked on the behalf of one of five men held at Guantanamo Bay charged with carrying out the 9/11 attacks.